In the southern Appalachian mountains, around fifty miles north of Atlanta, there sits a best-kept secret of a small town called Jasper. While reasonably independent, this town still maintains its small stature, helped by the general spreading out of the homes around it in neighborhoods like Jordan’s Crossing.

Jordan’s Crossing is a beautiful, hilly, semi-rural area, with a smattering of new mid- to large-sized homes tucked away in the trees. (It’s easy to see why this prime spot for safely raising children is also a favorite with retired married couples.) With golf courses and lakes all around the Pickens County area, residents of Jordan’s Crossing truly have plenty to be proud of.

Who Lives in Jordan’s Crossing

While Jordan’s Crossing is a popular neighborhood for retirement, it’s also increasingly loved by young couples and families with children. In fact, residents in Jordan’s Crossing tend to be spread broadly across all age categories, creating a lively community with unusual age diversity. The overall small population of the Jasper area, including Jordan’s Crossing, tends to stay fairly stable with slow, steady growth, and very few seasonal commuters.

The diverse workforce here is relatively large compared to the small population, with a healthy mix of white-collar and blue-collar workers. While slightly fewer citizens around the Jasper area are college-educated, residents here are frequently employed in high-paying skilled trades. Workers are spread out primarily among sales, service, skilled trade, and office jobs, but Jasper also has a reasonably strong local business community too, as well as a number of telecommuters.

While just starting to emerge in popularity, homes in Jordan’s Crossing are still comparatively undiscovered next to fast-growing suburbs closer to Atlanta. Late-blooming neighborhoods, developed in the 2000s, are a rare silver lining to that gloomy housing market downturn of 2008 to 2009. Lots are large, population density is low, and values are reasonable.

These newer developments, where most of the best Jordan’s Crossing real estate is to be found, predominantly consist of medium to large single-family homes, generally 3-bedroom but with some 4- and 5-bedroom homes as well. Finishes are generally upscale, with completed basements, hardwood floors, and stone countertops. Many homes in this area are organized into cul-de-sacs for that contained neighborhood feeling, while a number also have large distinct property lots, granting more privacy.

Living in northern Georgia is all about southern hospitality and relaxation. Jasper has stayed a small town, but it’s still got big flavor! Jasper enjoys some famous seafood, including restaurants like The Last Catch, and its thriving restaurant scene doesn’t skip cafes (like Madeline’s) or gourmet dinner destinations (like 61 Main). Family entertainment also abounds in Jasper, catering to the child- and community-oriented population, with a wide selection of summer camps, a great parks and recreation department, and even regular family story time events. There are also a number of local organizations, clubs, and recurring events, such as the Jasper Amateur Radio Club and the village festival. Peaceful hillside living is the name of the game around Jasper, but the town still offers enough entertainment for people of any age. 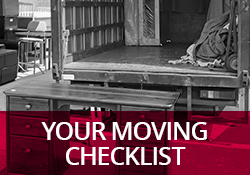 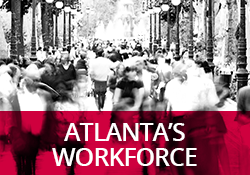 Why Move to Jordan’s Crossing

In this day and age, you don’t need to be close to a big city to enjoy the benefits of living a modern, community-oriented lifestyle. The green countryside of northern Georgia has always been beautiful to pass through for many city dwellers, but it’s worth it to take it to the next level and try a slice of southern life. The broad lots, modern homes, and friendly neighbors of Jordan’s Crossing are waiting for you.

You can adjust all of your cookie settings by navigating the tabs on the left hand side.